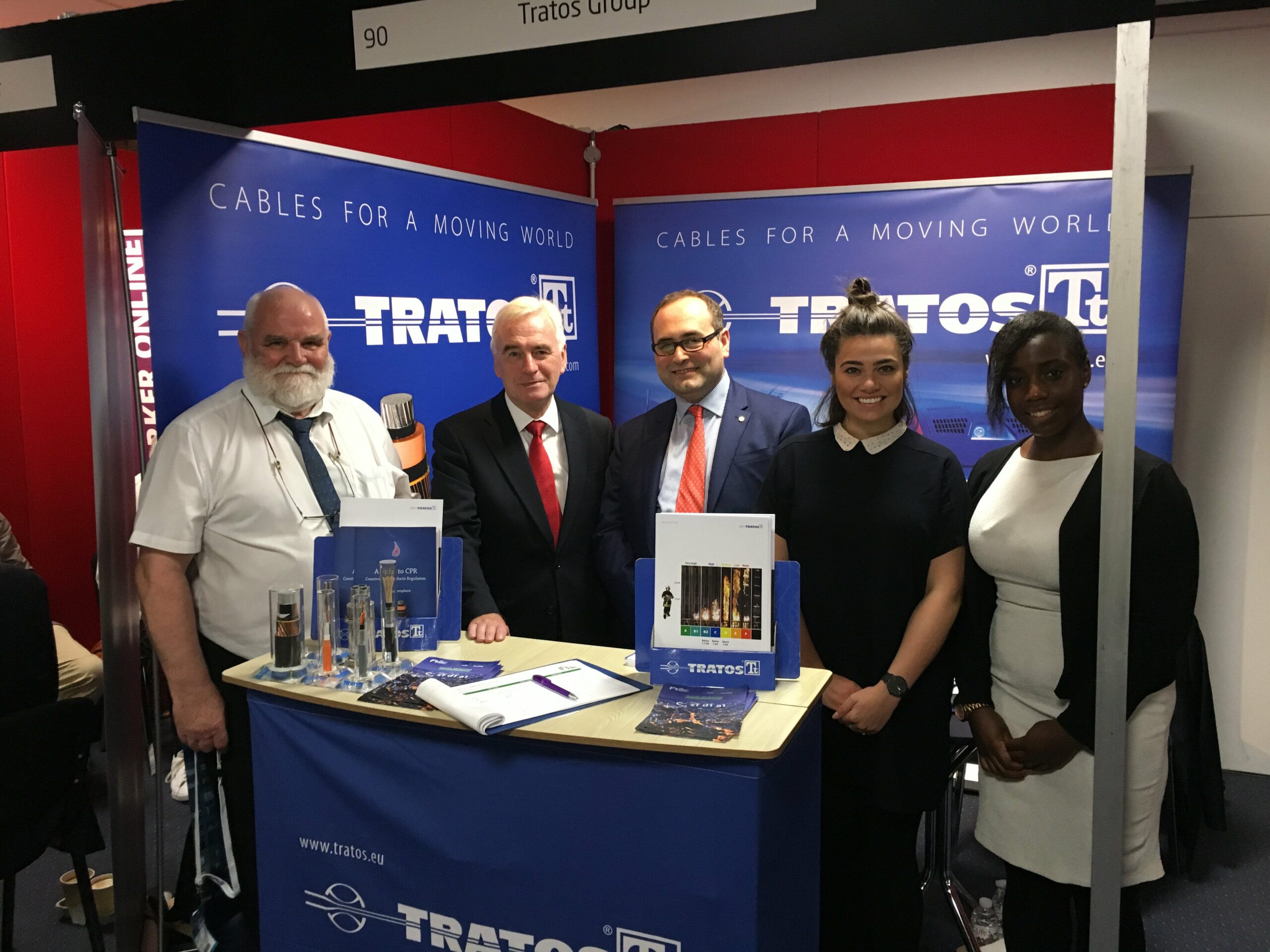 Mr John McDonnell MP is a member of the Labour Party who has been a Member of Parliament (MP) for Hayes and Harlington since 1997.

McDonnell has been seen as a key figure on the left wing of the party. After being elected Labour leader in 2015, Jeremy Corbyn appointed McDonnell to his Shadow Cabinet as Shadow Chancellor of the Exchequer.

As Labour’s Shadow Chancellor, John McDonnell has been heading up the development of Labour’s New Economics programme, building a consensus around the need for more long-term, patient investment from Government. As part of that work, he has been touring the UK holding lectures and seminars to involve people in the conversation.

During the 2018 Annual Labour Party Conference, Chair Dr Maurizio Bragagni OBE had the opportunity to introduce to Mr McDonnell the Tratos-led initiative for Safer Structures, which received Mr McDonnell’s full support and he signed the petition calling on the UK Government for stricter cable regulations for safer homes and buildings across the UK.